Review of King Arthur Legend of the Sword
directed by Guy Ritchie, 2017

Guy Richie’s highly anticipated King Arthur film, the first of six if things go to plan, is a film I have been looking forward to since I first heard of its potential creation. So does it deliver? I would say yes … in a fashion. Most reviews seem to have been rather scathing but I think the film took on a broad subject with many different interpretations and made a brave job of doing something new with an old story.
Rather than go down the tired old route that has been trodden so many times before, Guy Ritchie has gone with a bold new idea of what King Arthur is. He’s a swaggering, street smart, renegade, with no real desire for responsibility although he does posses some well established morals. Namely mess with his friends and you’re in trouble. The characters couldn’t be more different but the closest comparison in terms of plot is probably Disney’s The Sword in the Stone where Arthur, known as Wart, a servant boy, accidentally removes the sword from the stone because he left his brother’s sword in the pub during a tournament. Legend of the Sword takes a different track, nervous about the appearance of the sword in the stone Vortigern has every man in the kingdom attempt to pull the sword, the man who does this will expose himself as a threat to the king.

The hallmarks of Ritchie as a director are all over the film with many scenes reflecting the heist type style, witty dialogue and non-sequential scenes of his previous films such as Lock, Stock, and Snatch. These scenes serve either to squash a large amount of content into a couple of minutes, or to build a team dynamic, bringing together Arthur’s crew; at some points in the film they come across as a gang running through London. Now this may seem strange in the context of the film being about Arthur’s rise to kingship, however, if we take into account the concept that this is the first of six films ostensibly following the groundwork laid out in Sir Thomas Malory’s Morte D’Arthur, the heist theme works very well. In the Malory version, the central elements are the Knights of the Round Table, with later stories devolved to individual knights. The film is clearly trying to set a team dynamic that could be followed through further films. Using this direction method in future instalments of the saga will allow us to cover many of the knights tales in a short period of time (such as the length of a film).
Character wise Jude Law makes a fantastic villain as Vortigern, however I feel his skills were a little underused and more could have been made of the complexity of the character. And occasionally the man needs to learn how to sit up straight on a throne, for a villainous king intent on ruling with an iron fist but, also fearful of  an uncontrollable future there was a lot of slouching.

Arthur is a fairly loveable rogue, although on occasion too flippant. This isn’t the fault of the actor - the direction is sometimes a bit disjointed and this affects the character, rendering Arthur to be changeable in personality to the point of volatile. The supporting cast of characters is very good, bonus points for each Game of Thrones actor you can spot and well done Becks for actually pulling off his first acting role (not much acting required but done well nonetheless). 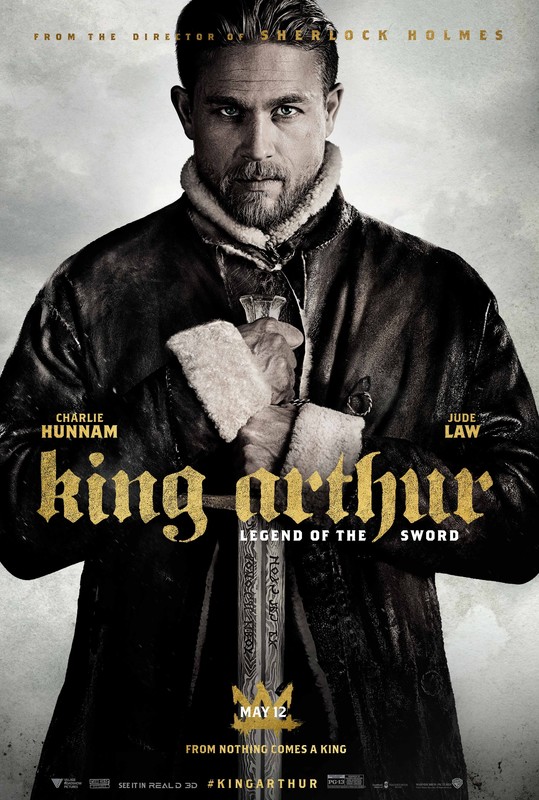 The scripting is fast and often funny, with light hearted entertainment being the default. The speech of the Mage though often came across as stilted. I’m not sure if this was a deliberate action to further define the magical character from the human characters or whether the actress had a problem with the pronunciation of certain words, or simply had little to work with.

A particular thing I really liked was the scenery of Londinium. Although heavily CGI rendered (so will probably date terribly) the streets of old London were a wonderful riot of colour with red and white marble Roman columns in a ruined state, augmented with medieval patchwork repairs and narrow wooden and stone medieval houses. It was a perfect mish-mash of historical architecture in one place, leaving Londinium looking somewhat believable for the Arthurian period. The Colosseum looming over the banks of the Thames seemed a step too far, but at least it heavily emphasised the post Roman setting. Camelot and the (remarkably brief) dark worlds were different, Camelot appearing like an excessively defensive and ornate (check the viaduct bridge), castle in the sky. The dark lands a dark reflection of Camelot.

Now my pet hate with Arthurian retellings is the instance on making Excalibur and the sword in the stone the same thing. I hate it. The blades are different in the mythology that I grew up with. However King Arthur Legend of the Sword rectifies this problem quite nicely and I actually found that I really liked Richie’s solution to this. In the interests of remaining as spoiler free as possible I will say no more, but his solution satisfied my ideology of the two sword part of the mythology.

There is one final thing I feel a need to point out as I draw my review to a close. It seems that Guy Ritchie and I are on the same page when it comes to Arthur and Excalibur. The closing battle scene of the film is remarkably similar, in direction, action, colour and dreamlike quality to a scene from ‘The Mystery of St. Arondight’s’. Anyone who has seen the film and read the book will know exactly the scenes that I am talking about. I would like to think this may have been an homage from the director to my book, although that is very unlikely, I doubt very much that either director or cast are aware of my little piece of Arthuriana!
​
Overall I found the film enjoyable, it has its flaws, the excessive CGI will probably ensure that it dates fairly badly and the heist style direction may fall from grace. However, the story was entertaining, the battle scenes were well choreographed and held interest, the dialogue is light hearted and funny and the scenery is well rendered. My score therefore is a solid 7/10. And Monty Python’s Holy Grail retains its position as best King Arthur film (in my humble opinion). 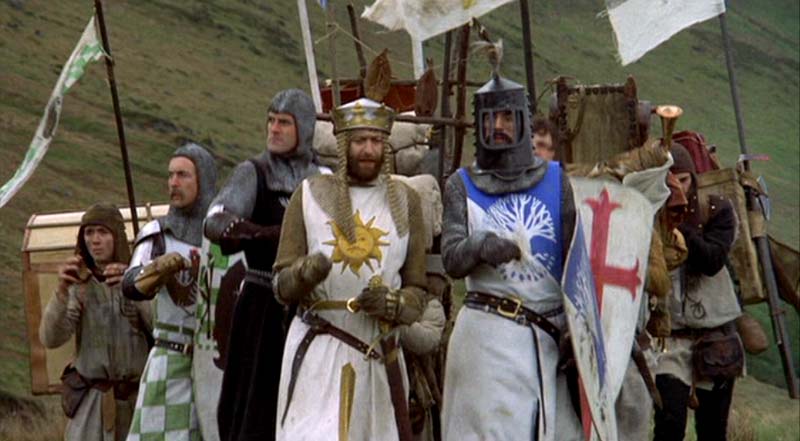 Film Review by S. M. Porter - author of the Arthurian archaeological thriller 'The Mystery of St. Arondight's'
ⓒ S. M. Porter 2017
​This work remains the property of S. M. Porter and is subject to copyright law.